Ashley and Steven decided on a black and white colour scheme with a nod of Hollywood glamour of the 50's.

How and When it all Happened

We had planned a cosy night in and were in the middle of watching a film when Steven kept popping out into the garden. After asking him what he was doing, he told me to have a look at the laptop, which he had previously set up. On the laptop was a poem that Steven had written and the last line of the poem was ‘Pull back the curtains on our French doors’. When I did this, I could see that our whole decking area was covered in candles and Steven was on bended knee at the end with my engagement ring. Steven had spoken to my parents back in October to ask for my hand in marriage.

Ashley and Steven visited many venues in the Essex area and Gaynes Park was one of the first ones they visited.

From the first time we went to Gaynes Park, we absolutely loved the setting and the venue and the people that worked there, so none of the other venues really stood a chance. Originally we had planned to have a church service, but we liked the idea of having the ceremony and reception all in one place.

They booked Gaynes Park a year in advance.

“From the first time we went to Gaynes Park, we absolutely loved the setting and the venue.”

Ashley’s bridesmaids all wore dresses from Coast with silk shawls from John Lewis.

Steven, his best man and the ushers all wore tuxedos hired from the David White Suit Shop in Southend-on-Sea.

Ashley would describe her dress as Greek goddess meets 50’s movie star. It was an ivory, silk and chiffon gown by Jenny Packham called Cleopatra with an empire waistline heavily detailed with crystals, with detailed straps and shoulders. As the dress was quite intricate, the only accessories Ashley wore was a diamond tennis bracelet, which was her something old. A pair of diamond earrings borrowed from her Mum and a small jewel encrusted head band completed the look. To keep warm, Ashley also wore a ruffled cape by Jenny Packham.

Ashley and her Dad travelled to Gaynes Park in a Rolls Royce Phantom.

The flowers on the tables were so eye-catching very little additional decoration was needed in the rest of the room. The table centrepieces were 80cm tall vases filled with ‘crushed ice’ and fairy lights that created a twinkly glow once the sun had gone down. These were filled with white phalaenopsis orchids combined with white hydrangea, white roses, with bold leaves and strands of flexi grass to finish, all standing on a mirrored tile.

For favours, each guest was given a lottery ticket.

Their cake was quite a simple design with white icing that was textured with raised dots. What made it stand out were the tier separators that were black metal mesh entwined with fairy lights so that it glowed in the evening. The bottom tier was traditional fruit cake, the middle tier was lemon drizzle and the top tier was chocolate sponge. All were delicious!

It’s so hard to highlight one thing that stands out, as the whole day was absolutely perfect, but if I go by what was commented on the most by our guests, it would have to be the speeches. They made us cry, they made us laugh and all three of them were touching and wonderful. It’s so overwhelming being in a room which is so full of love and where everyone is wishing you well. We wish we could do it all over again!

“It’s so hard to highlight one thing that stands out, as the whole day was absolutely perfect.”

Enjoy it while it lasts. It’s over so quickly. Try not to stress on the day, so you can thoroughly enjoy every single moment. 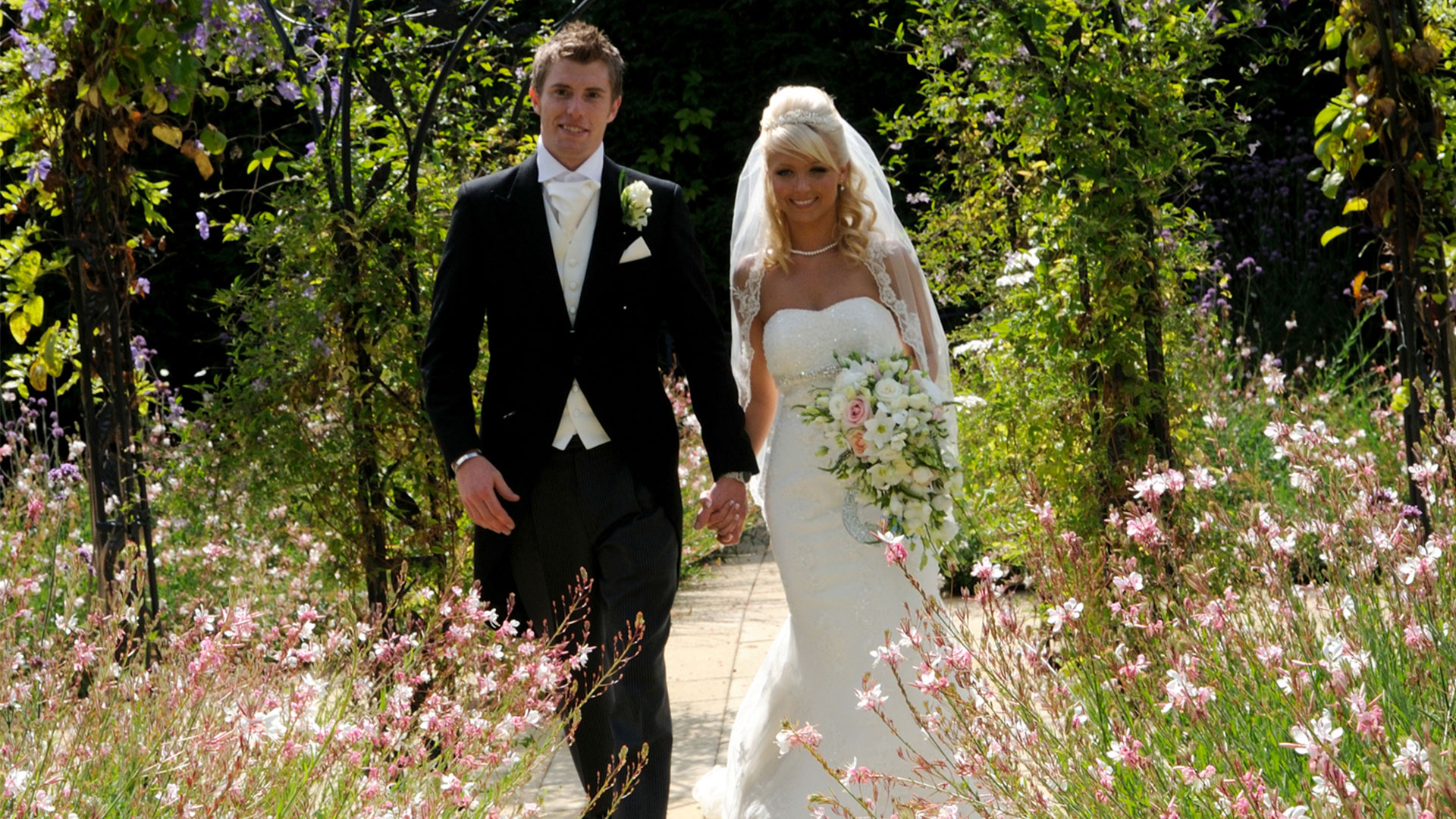 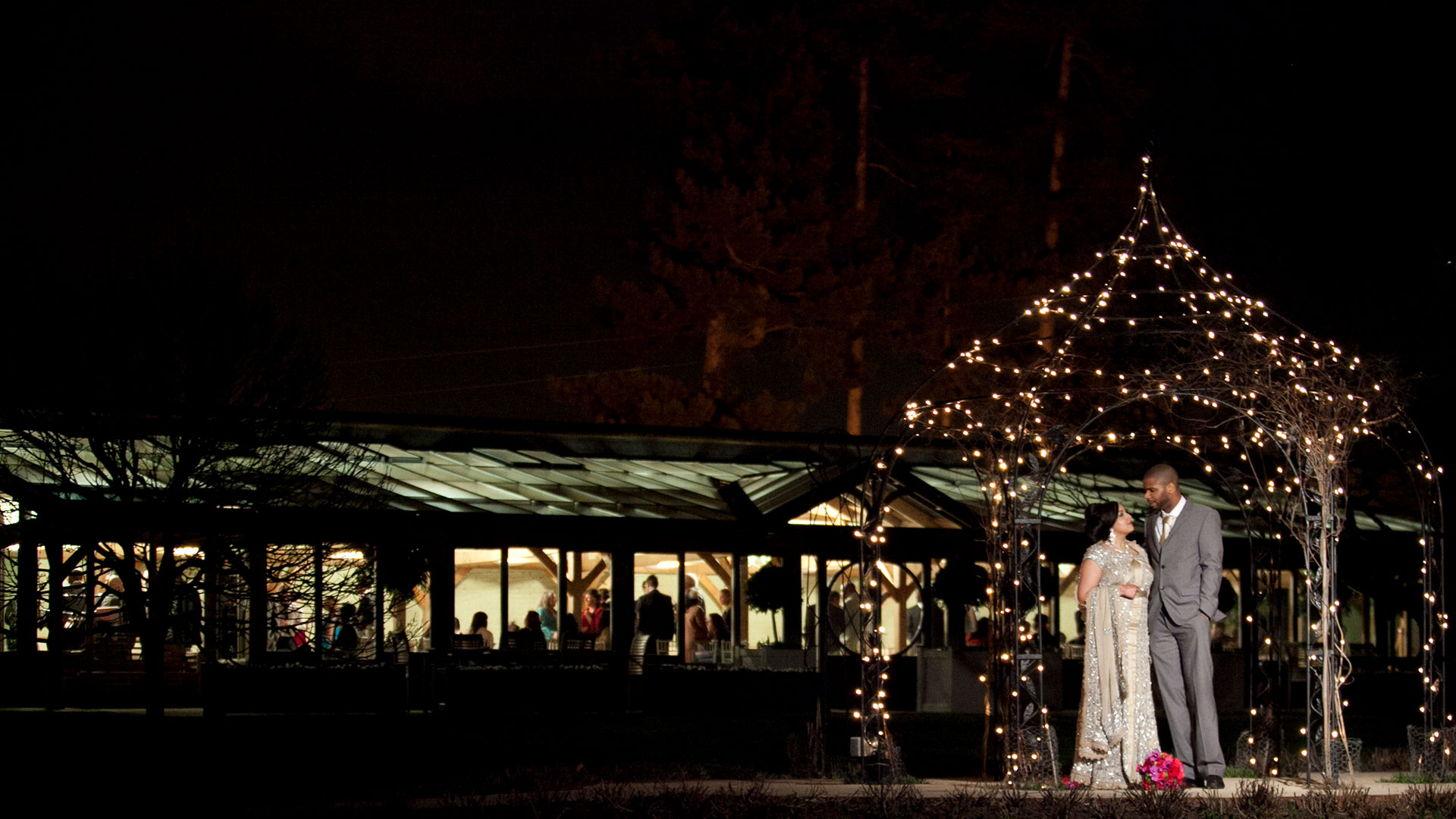