When Kay and Lloyd met at just 15, Kay’s friends knew the pair would share something special. The two began dating a few years later, eventually tying the knot at Gaynes Park 15 years later.

Lloyd asked Kay to marry him while the couple were holidaying in Lapland, hoping to catch a glimpse of the Northern Lights.

After he proposed, the biggest, most explosive shooting star flew across the sky. It was incredible.

Kay had already begun looking at wedding venues – knowing that Lloyd would surely pop the question soon. The pair were keen to find an exclusive venue with everything on one site, with some picturesque areas for photos.

The couple found Gaynes Park in one of their local wedding magazines and after requesting a brochure Kay fell in love.

“It was the first venue we visited and we loved it immediately. The fact that Gaynes Park is a wedding venue with on-site accommodation was a big selling point – as were the venue owners, who seemed so excited about our wedding.”

Finding the right attire for the bridesmaids was perhaps the trickiest challenge for Kay. With all four maids being different shapes and sizes, she wanted to make sure they all wore something they felt comfortable in.

We went to David’s Bridal in Westfield, as there’s a large range of styles and colours. We eventually opted for raspberry coloured gowns – which worked well and contrasted with the wedding flowers.

Lloyd wore a navy three-piece suit, teamed with a cream tie, while his groomsmen bought navy ties with a subtle paisley pattern. Kay always knew he would choose well and let him make a decision on his final attire.

Lloyd scrubbed up very well. I just remember him smiling as I walked down the aisle.

Despite what Kay had in mind, she ended up with a Mori Lee dress quite the opposite.

I knew I definitely did not want strapless – but I ended up with a strapless dress. I also wanted cap sleeves – but the style I had imagined just didn’t suit me.

She teamed her dress with a pretty bouquet; diamond earrings, which were an old gift from Lloyd; a diamond drop necklace, borrowed from her sister; and new Jenny Packham bridal shoes.

The couple’s wedding day was inspired by their trip away in Lapland. They named their tables after the constellations they gazed at in the skies, gave away Finlandia Vodka miniatures as favours, and hung festoon lights in the barn venue, Mill Barn, to replicate the stars in the sky.

We kept the styling simple. The space was so stunning we didn’t want to do much to it.

Kay was lucky enough to have some serious baking talent in the family. Her mum and sister made the pair’s wedding cake, which comprised of a fruit cake tier, chocolate tier, and Victoria sponge.

She spent weeks practising and the end result was amazing. We had so many compliments about it and it meant so much more having someone close to us make the cake.

Best Part of the Day

Getting married was the best part of the day. I expected it to be awkward but the registrars were so chatty and complimentary and the Orangery was lovely – it was strangely relaxing! It was the only part of the day that was truly about us.

“Getting married was the best part of the day.”

Kay and Lloyd stopped off in two sun-drenched destinations to celebrate their newlywed status. The first stop was Dubai, for three nights, and the second stop the Maldives, for seven nights.

We ate and drank so much, relaxed, had a spa treatment, and went for a sunset cruise. It was bliss, made all the better because we were on a real high from the wedding. 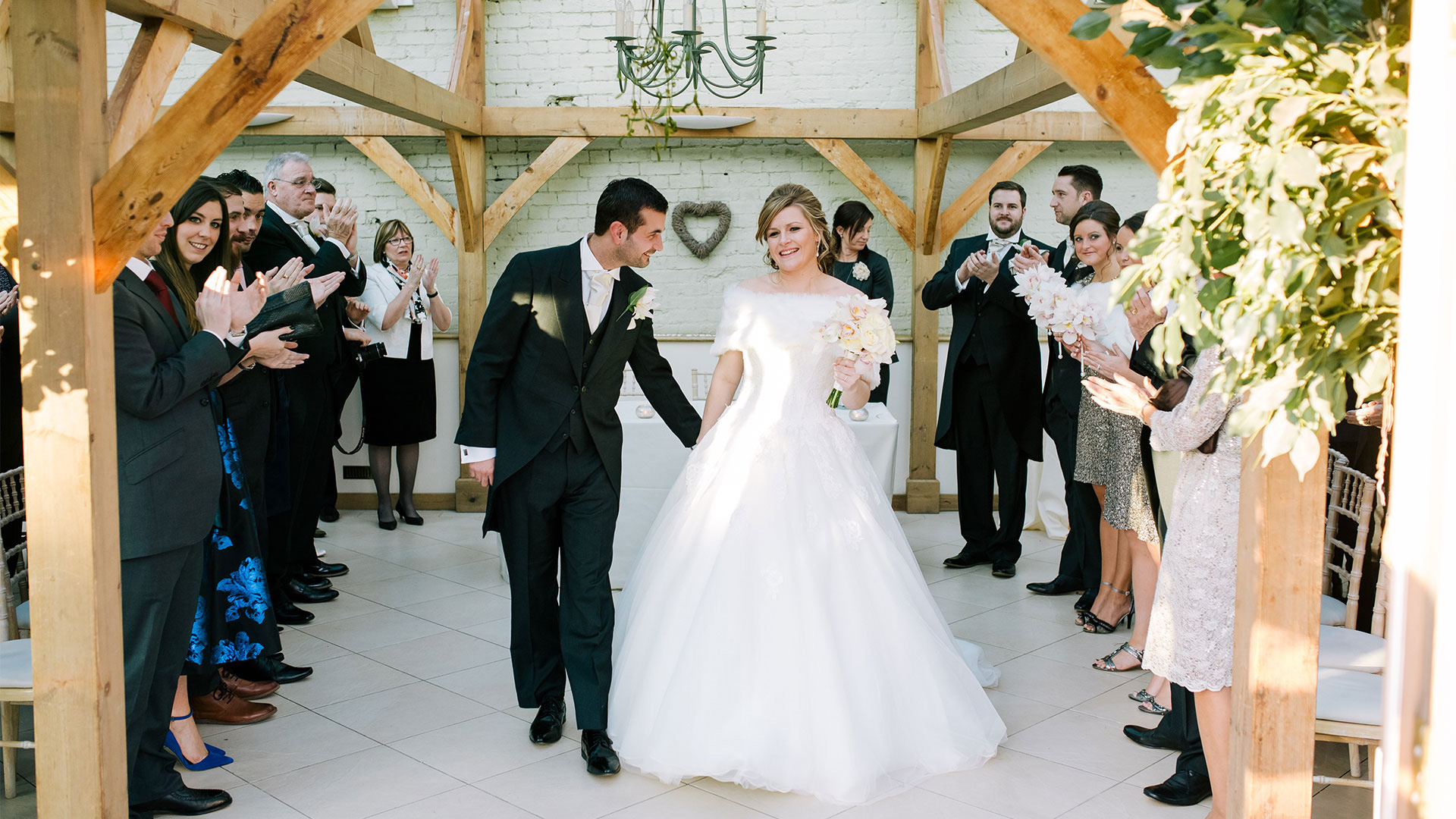 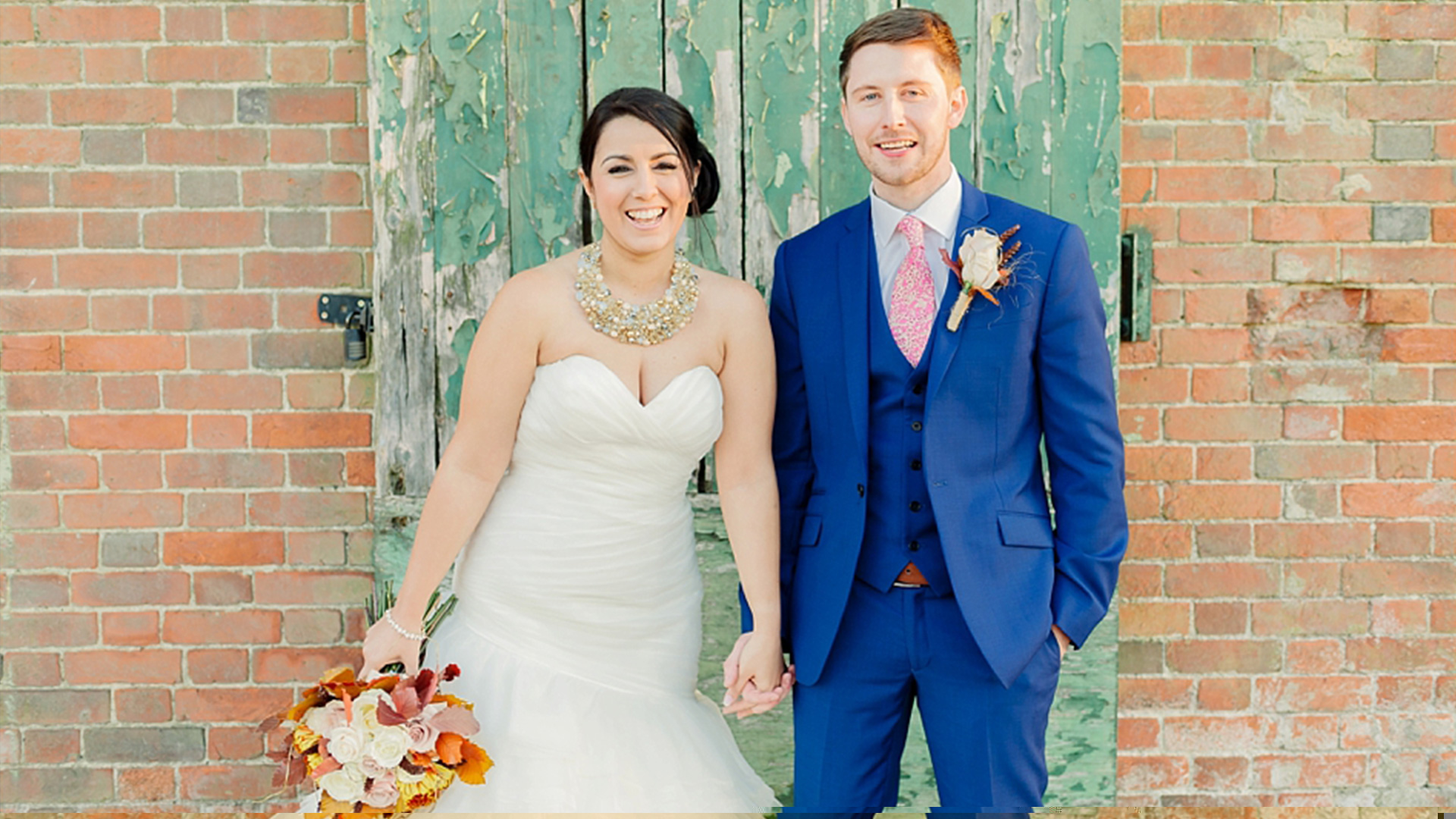