Chelsie and Danny had a classic black and ivory colour scheme with an English feel themed wedding.

How and when did it all happen

When Chelsie first met Danny, she and her family were at a restaurant in Orange County, California and Danny was their waiter. She remembers, “We were all staring at him because he was tall dark and handsome, and my Mum jokingly said “You could move here and marry him.” A few months later Chelsie was back in California and returned to the same restaurant where Danny happened to be her waiter a second time. She says they “both kind of had that ‘I recognise you’ look.” But Danny was on a break when Chelsie left so nothing was said. Later that evening, Chelsie’s cousin persuaded her to make the first move. Chelsie’s cousin’s friend worked at the same restaurant and had Danny’s contact details: “Stalkerish, yes, but I sent him a message on Facebook that said ‘Thanks for dinner.’ He replied with ‘You’re very welcome, but how on earth did you find me???’ haha”. They talked non-stop from then on and met properly later that week. Although Chelsie had butterflies, her and Danny’ first date was not in the least bit awkward and they didn’t stop talking and laughing the entire evening. Chelsie thought Danny was great company, and they were together every day after that for weeks. Danny proposed on Chelsie’s birthday. They were staying in the penthouse suite at Caesars Palace, Las Vegas. Danny gave her a card that read, ‘I’ve never been the same since the day I first met you. Thank you for being here in my life. Thank you for all the joy you bring to my world. I know you wanted a homemade card, but I figured what I’m about to give you would make you forget about the card in a heartbeat. Close your eyes, turn around and count to ten (don’t ask, just do it) then turn around when you’re done’. When Chelsie turned around he was down on one knee, ring in hand. She jumped on him, kissed him and knocked him over before he could finish his sentence… and cried. “I’m glad it wasn’t in public, it made it all the more special”, Chelsie explains.

Chelsie and Danny found the drive up to view Gaynes Park enticing, with its rolling fields filled with sheep and the natural beauty of the flowers and greenery. If the surroundings and placement hadn’t already sold them, it was the charming Walled Garden with its homely and very English feel that did. And the magnificent Mill Barn with its lofted ceilings, high beams, red brickwork (Chelsie loves bricks) and intimate balcony. Chelsie says, “…each of these in itself is a masterpiece. But when you add all three together the perfection of the location was emphasised for us since we had a lot of out of town guests”. They also found the venue being close to the London Underground station was a bonus. As were, “…the extremely attentive staff, the exclusiveness of the venue to us on the day and the use of the adorable Apple Loft in the morning and evening of the wedding day.” Chelsie and Danny were bowled over by Gaynes Park, even choosing a Monday wedding because the venue was booked up: “We just made our own bank holiday weekend for a lot of people!” Because their ceremony was in the Orangery with views of the surrounding garden, Chelsie and Danny felt the only decoration needed was ivory netting with crystal accents draped over and around the main wooden beam in the doorway. Chelsie’s favourite memory is seeing the emotion in Danny’s face as she got towards the end of the aisle and sharing such a wonderful, fun and sunny day with those closest to them.

“The extremely attentive staff, the exclusiveness of the venue to us on the day and the use of the adorable Apple Loft in the morning and evening of the wedding day.”

All about the girls

Chelsie chose four of her closest friends to be her Bridesmaids, two Flower Girls and a Ring Bearer. Her Maid of Honour was absolutely wonderful, Chelsie says: “She made the brilliant bird-cage table plan piece, the table numbers, hundreds of beautiful and delicious cupcakes and organised things that I was unable to from the U.S. My bridesmaids were also wonderful, they used my description to order the most beautiful flowers and cake. They helped in decorating the centrepieces for the dinner tables, and arranged a surprise entertainer to accompany the DJ”. The Bridesmaids wore Vera Wang black bobbin net dresses with illusion necklines, ruched bodices and asymmetrically draped, above-knee bubble skirts, complete with taffeta sashes. They each wore a pearl bracelet Chelsie’s Mum gave them as a gift to match Chelsie’s pearls and Christian Louboutin black peep-toe pumps. The Flower Girls wore ivory tulle, satin and netting dresses with ivory rosebud accents and removable sash and flower. These dresses were a bargain from eBay at under $30 each. The girls carried miniature double ivory buckets, one side filled with ivory feathers, the other with white rose petals. Chelsie had the Ring Bearer’s dress made in LA to match the Flower Girls’.

Danny chose a black-tailed morning suit with an ivory shirt, cravat and waistcoat with a single white anemone buttonhole. He also wore green boxers that are a favourite of Chelsie’s and a black leather bracelet that had ‘Family & Friends’ engraved on it, since a lot of those special to him were not able to make it to England from America. Danny chose his older brother as his Best Man. The other people he wanted to be his Groomsmen couldn’t make it so both their Fathers were included.

All about the dress, accessories and flowers

Chelsie wore a Vera Wang taffeta empire line gown, with a bias-cut banded bodice, net overlay, petal-style back and attached bow sash. The gown was strapless, ivory in colour and from a bridal boutique in Newport Beach, California. Chelsie says, “…it was the 3rd or 4th dress I had tried on and from the moment it was zipped up I absolutely loved it. It was simple and comfortable yet had a beautiful, couture look to it. My Mum saw my beaming smile and said, “If Vera Wang had designed a dress specifically for you, this would be it. It is completely you.” and I was sold”. Chelsie wore an ivory flower hair accessory, accented with feathers, mesh and a crystal centre. Her jewellery was a pearl necklace, earrings and bracelet with gold and diamond accents that she borrowed from her Mum. She also wore a gold, diamond and pearl ring that was her Great-Grandmother’s who had recently passed away. Unlike her traditional dress and accessories, Chelsie’s shoes were unconventional ‘Olive Shark’ Alexander McQueen suede 6-inch peep-toe heels with gold skull and crystal accents.

Chelsie and Danny’s theme was classic black and ivory with an English feel and a tiny hint of vintage. They felt the gardens and surroundings at Gaynes Park were already so beautiful they did not need many decorations outside. Inside the Mill Barn, they placed ivory heart-shaped wicker baskets filled with ivory roses with crystal pins in the centre and some ivory paper lanterns. Ivory iron birdcages filled with roses and draped with pearls their centrepieces; these were moved outside after dinner, and a candle was placed in each. Aside from the centrepieces there were only these small decorations: a framed picture of our black pug wearing an ivory bowtie (“we bought him especially for our wedding picture”) and framed pictures of both of them holding the pug and wearing white and ivory outfits. They also had a canvas fingerprint guestbook shaped like a balloon lifting a wedding car with their names underneath. The invitations, place name setting cards and thank you cards were all hand made by the Chelsie.

Chelsie and Danny chose a simple two-tiered ivory coloured cake with a single ivory and black anemone flower and ribbon. One layer was chocolate with vanilla frosting, and the other was vanilla with chocolate frosting covered in fondant. In addition to the cake, they had 200 cupcakes.

Chelsie says, “The food was commented on by ALL our guests; some even said it was the best food they had ever had at a wedding and we both agree. The canapés post-ceremony for our guests during our picture-taking were outstanding. To keep with the semi-English theme we chose miniature Shepherd’s pies, miniature Yorkshire puddings, smoked salmon and cream cheese crostini and tomato, basil and mozzarella crostini, all of which were delicious”. Pimm’s and beer packages were served alongside the canapés. For the wedding breakfast, Chelsie and Danny chose asparagus with poached egg and hollandaise to start, followed by fillet of beef and potatoes with béarnaise sauce. And for dessert, the fruit crumble. The vegetarians had the same starter and dessert as the other guests and a main course of risotto. Chelsie says, “Absolutely astounding food; I was so pleased. I also liked the fact that it was a sit-down meal and not a buffet where guests help themselves; I am never a fan of those”.

Chelsie’s Dad wrote a very heartfelt speech that included many personal memories between him and Chelsie, which she thought was lovely and greatly appreciated. He also wrote a poem that made Chelsie and everybody else cry and had it mounted for her to keep. The best man’s speech was humorous, while heart-warming, and made everybody cry. Two of Chelsie’s friends who frequently DJ in both Essex and London clubs and bars DJ’d for them (DJ Sammy P & DJ Craig Lee). Chelsie and Danny’s first dance was ‘I Melt’ by the Rascal Flatts because it was special to them, and Danny used to sing to it in the car to her.

Best part of the day

Chelsie’s most memorable moment of the evening happened while dancing with family and friends: “I heard a distinct change in the percussion rhythm, along with everyone else, and turned around to find that Danny had stolen Magic Fingers’ percussion drumstick and was whacking the symbol repeatedly with it. We all died laughing”.

“Don’t over-do it on the decorations. Gaynes Park doesn’t need it as it’s beautiful in itself. Invite those closest to you; you are hardly able to talk to everyone during the day so the closer, the nicer the experience”.

“Absolutely astounding food; I was so pleased. I also liked the fact that it was a sit-down meal and not a buffet where guests help themselves; I am never a fan of those.” 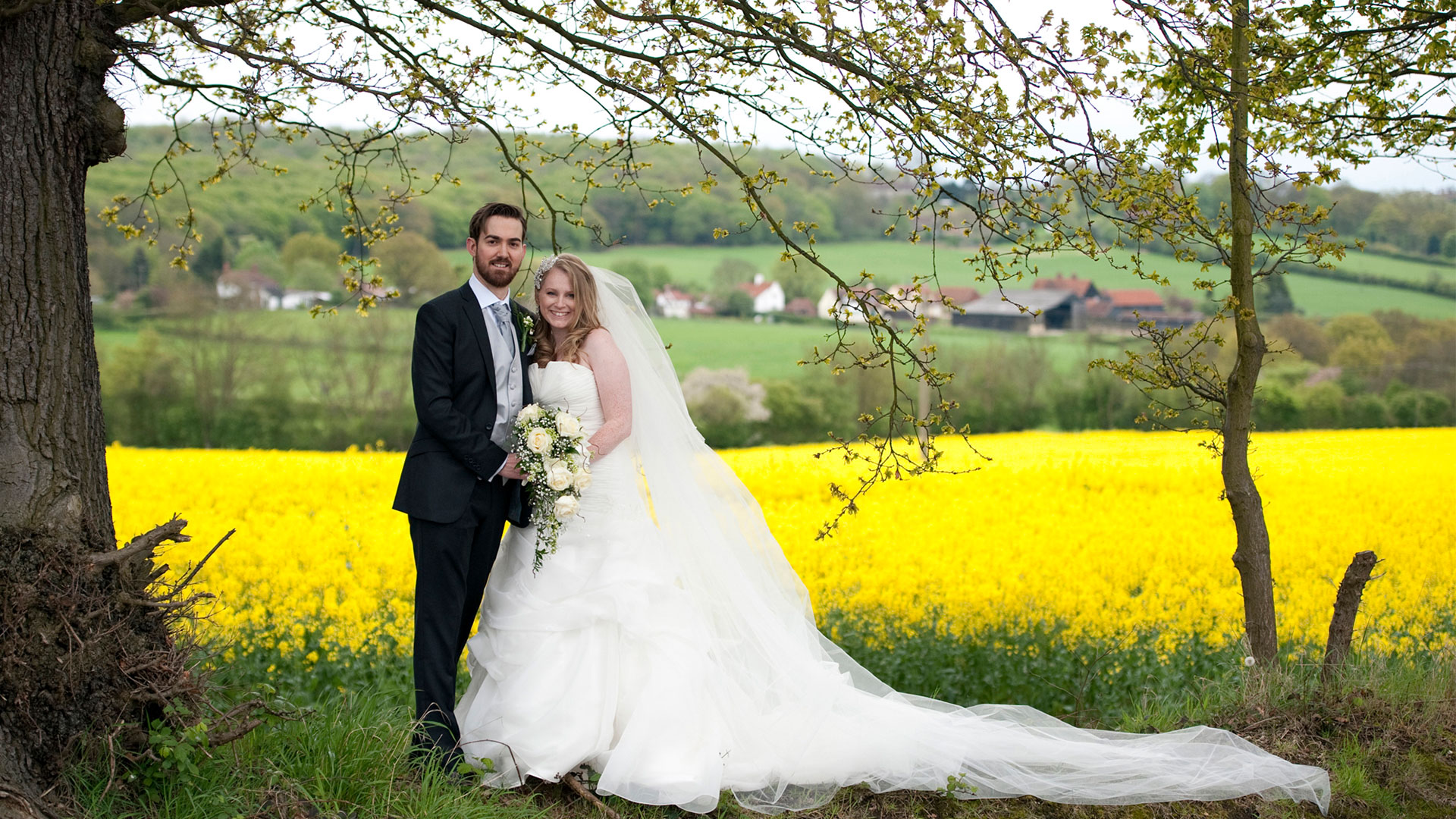 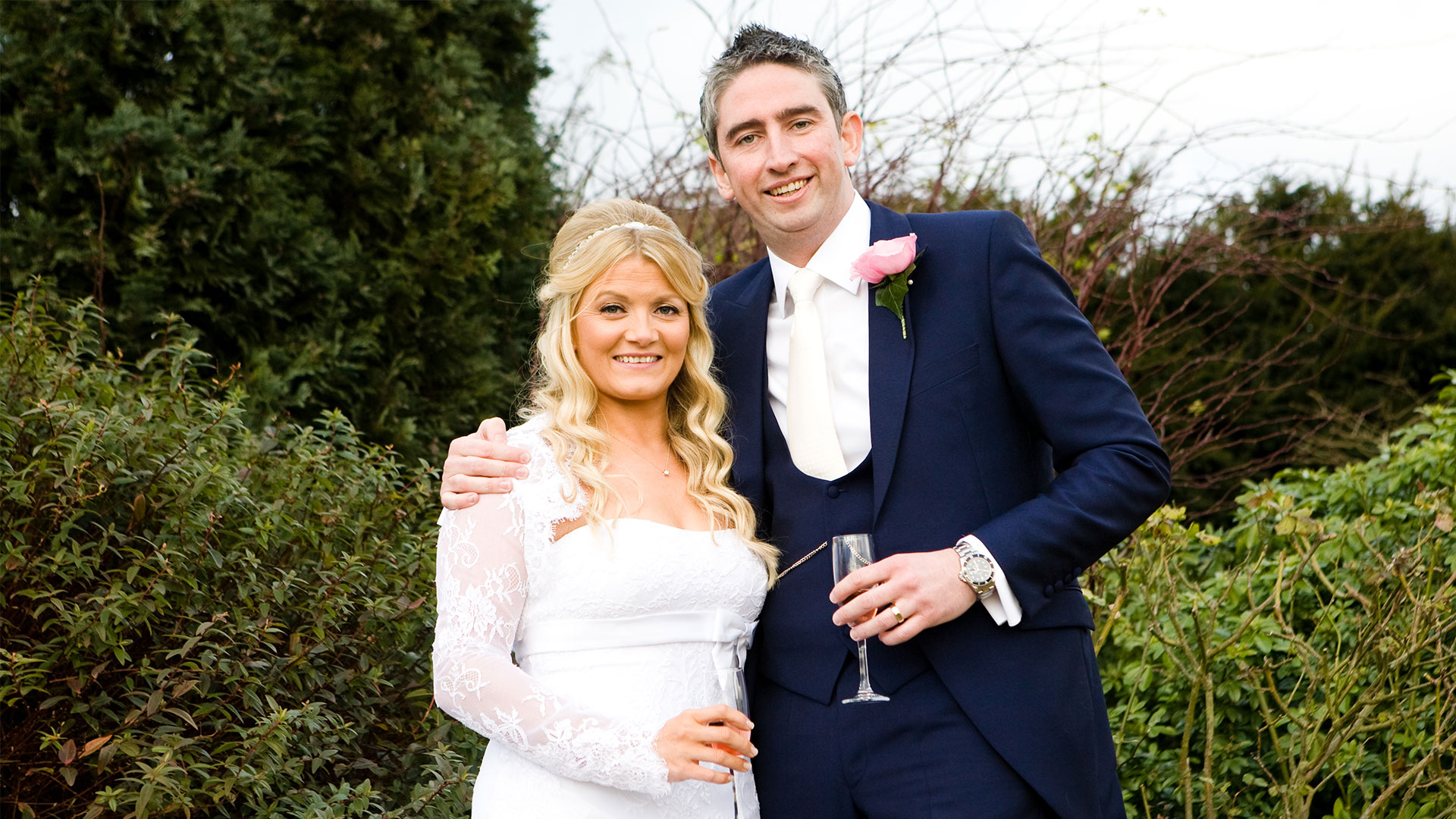