Elizabeth and Philip got married at Gaynes Park on the 29th July 2010. Their theme can be best described as 'cheery and elegant'.

How and When did it all Happen

Philip proposed to Elizabeth in the Peak District in Derbyshire (overlooking Baslow and Chatsworth House). Being keen animal fans, Philip suggested a walk in the Peak District to see the Highland cows that roam on Baslow Edge. Having navigated their way past various hirsute bovine specimens, Philip then sat down on a large boulder on the picturesque Baslow Edge, and motioned to Elizabeth to sit beside him. They admired the view together and then Philip popped the question.

He had previously asked my father’s permission and ensured he had a ring on him, cunningly hidden in one of the multitude of pockets in his weatherproof jacket. Philip had in mind a proposal based on the Brontë sisters, along the lines of, ‘I am a man of moderate prospects, and taste, and I respectfully request your hand in marriage’. On the day, however, right by the hairy eyebrows of the numerous Highland cows, the proposal was a little more succinct. To say the proposal came as a surprise is an understatement – words failed me – as they would indeed during our marriage vows (a very dramatic pause before I was able to speak!) as I was overcome with emotion.

Elizabeth and Philip chose Gaynes Park because they thought it was lovely – with gorgeous scenery, and a beautiful barn and Orangery. Plus there were options in case it rained on the day and it was reasonably priced.

It was ideal for us because it had beautiful scenery and was well suited to the more elderly guests. It was also ideally located – friends and family could easily reach it from all parts of the country. Liselle showed us round and the pride she felt in the place was evident – she even agreed to consider us having donkeys there on the day.

They got married on Thursday 29th July – there weren’t many free days as Gaynes Park is a popular place!

“They thought it was lovely – with gorgeous scenery, and a beautiful barn and Orangery.”

In addition to their suits, the Ushers wore lilac waistcoats with a subtle floral design. Philip had an old English, open, tea rose buttonhole and the Ushers wore a small pink rose with camellia leaves.

Elizabeth was looking for something simple but classic – a dress with soft lines but which would still flatter. The dress she chose was an Augusta Jones ‘off the peg’ but was brilliantly adapted by the staff (namely Michaela) at Morgan Davies.

I had already been to several shops, and had tried on various dresses at Morgan Davies, and Michaela brought in a selection ‘just to try’. I tried one on, said the lower half was perfect but wasn’t sure about the top. She then wrapped the soft chiffon around the bodice to hide the clear break between the beaded section and the rest of the dress, took photos of it, and then the people at Augusta Jones replicated it!

Elizabeth’s veil was silk with a scattering of Swarovski crystals. She also wore a stunning necklace which was made–to-order and a floral headdress. Elizabeth also wore shoes by Emmy made in pearl and silver.

Elizabeth and Philip didn’t really have a theme as such, but their cake-maker came up with a good phrase for it – ‘cheery but elegant’.

We added two debonair donkeys to the day! (Elizabeth and her family have a long-standing soft-spot for donkeys, although elephants would have been just as good – sadly they are in short supply in Essex!)

Guided by their florist, they chose soft pinks (gerberas featured heavily). The table decorations were tall thin glass vases with blush Dendrobium orchids as the main part of the display with orchid heads and pearls suspended and hung from the top so the flowers cascaded down the vase. Scatterings of purple/clear/pink table jewels and boxes of trivia cards for the guests were also added.

We didn’t do that much extra in terms of decorations – Gaynes Park is beautiful enough!

Their favours also acted as place names on the tables – ladies were given Bakewell tarts and the men enjoyed Bakewell puddings, each favour had been iced with the guest’s name. Their choice of favour was quite significant as Philip grew up a few miles from Bakewell.

Elizabeth and Philip’s cake was made by Maisie Fantaisie. It was decorated with lots of bright flowers and had two elephants which sat on top of the cake.

Getting married! Another highlight was also the impromptu trumpet fanfare offered to us by Steven Fletcher, who managed the string quartet. Not something we would ever have booked in advance but offered on the day, it seemed too good an opportunity to miss!

Enjoy the day – don’t worry about the minutiae and small details. The important thing is that you are marrying each other – whether the candles match the favours is really neither here nor there.

Elizabeth and Philip went to Bergen, in Norway for their honeymoon. Elizabeth grew up in Bergen in Holland, so the name of the place was significant. One of the music pieces played by the string quartet during our wedding ceremony was ‘Wedding Day at Troldhaugen’, composed by Edvard Grieg who lived at Troldhaugen (the name of his house) just outside Bergen.

We only discovered this after we booked our trip to Norway, so it made it seem even more fitting. The honeymoon was brilliant! Stunning scenery, the fjords and mountains were absolutely incredible. We were disappointed not to spot any moose, but nevertheless, a cuddly ‘honey-moose’, called Marvin was acquired to make up for this!

“Enjoy the day – don’t worry about the minutiae and small details. The important thing is that you are marrying each other.” 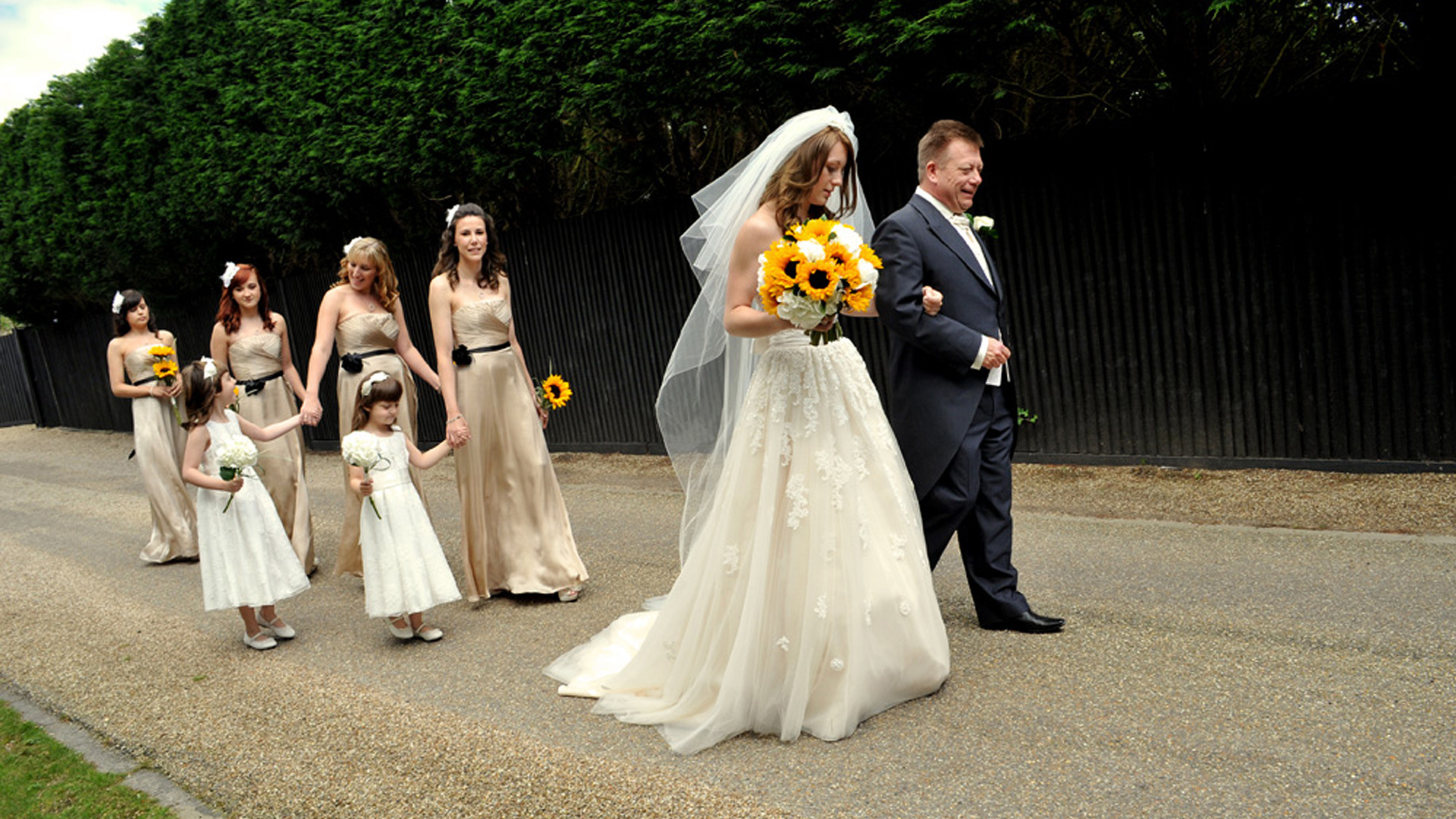