Kathleen and Chris celebrated their wedding in November 2010. Their theme was Autumn. It was the couple’s passion for sport which brought them together. I wasn’t too sure about Chris when I met him. He wore long swimming tights in our swim workouts like they do in the Olympics, I thought ‘does he really think he is that fast?’ Kathleen would often fall off her bike around Chris. It was pretty funny because I was a semi-pro cyclist and spent a lot of time on my bike.

Chris told Kathleen they were going to dinner in Greenwich park in the middle of winter.

I walked all the way up a hill in nice heels through mud and was getting a bit upset about it when I figured something was up. He then asked me on top of Shooters Hill.

The couple had their ceremony at Gaynes Park and had two readings – One was chosen by Chris’ friends and the other was chosen by Kathleen and Chris.

I found it discussing the bond of marriage as an institution in modern society.

Kathleen’s brother travelled all the way from Canada to be at the couple’s wedding. He also walked Kathleen down the aisle.

Kathleen asked two friends to be her bridesmaids. Her matron of honour was her best friend who lives in Dubai.

We have been friends for 30 years and my bridesmaid was a triathlon friend who is loads of fun and always has my back.

Kathleen allowed her bridesmaids to choose their dresses. Lori (matron of honour) pointed Andrea towards the J. Crew dresses because she was having a hard time finding something she liked (she only wears black, white and grey) and they just happened to choose the same two dresses.

I wanted them to choose something they would like and would wear again.

Chris’s god daughter was the flowergirl and she wore a dress, which had been made by the same seamstress that made Kathleen’s dress. It meant they would match.

Chris and his ushers wore a traditional lounge suit with waist coat.

Kathleen’s dress was custom made and was vintage 1950s style.

It looked like my mother’s wedding dress. I spoke with the dress maker and they made a few changes. I wasn’t fixated on the dress because I figured it didn’t really matter in the grand scheme of being married. I just wanted something comfortable, fun and something that suited the theme of our wedding which was easy and fun.

Kathleen complemented her dress by wearing pretty faux drop pearl earrings and a pearl necklace she received as a gift from her sister-in-law for being a bridesmaid in their wedding.

I wanted them to match my dress, so I chose satin shoes and then dyed them scarlet red for autumn – my favourite colour!

Kathleen and Chris kept their decorations quite simple. They placed a beautiful bouquet of autumnal flowers as a centrepiece for each table.

The couple had an assortment of cupcakes including red velvet cakes.

Having a laugh during the ceremony was one the best parts of the day. Also, walking around Gaynes Park the following morning – it was cold, frosty and clear so it was quiet and very beautiful.

Don’t get caught up in the whole wedding thing – it is about two people getting together in front of the people you care about to make a commitment for life.

For the grooms, I would say ‘do what the bride tells you and pick groomsmen that will be helpful and follow orders!’

“Don’t get caught up in the whole wedding thing – it is about two people getting together in front of the people you care about to make a commitment for life.” 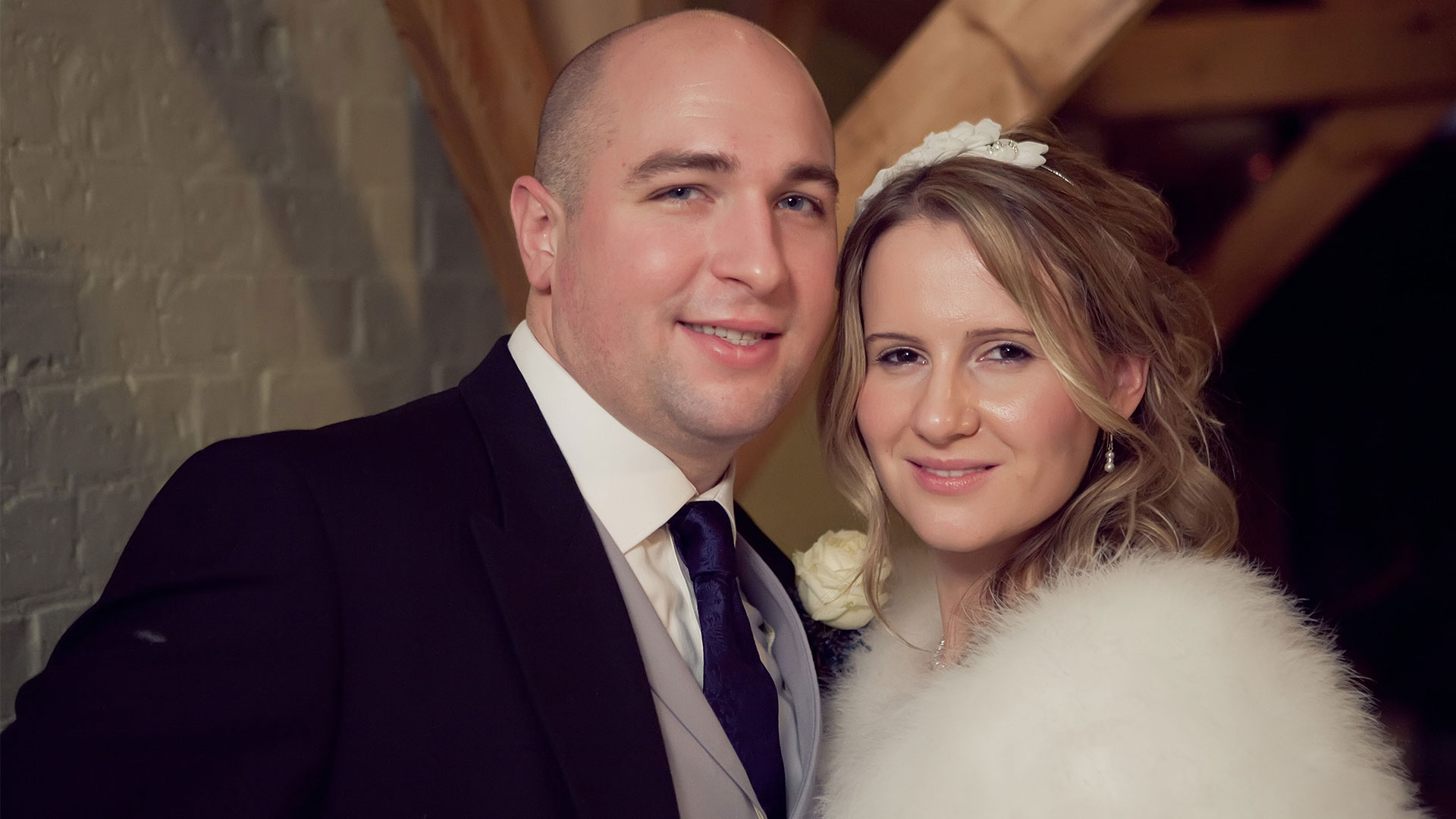